This is My Story on Succeeding Against All Odds And How You Can Too… it all started on The Past 2015. That year was a very challenging year for me and my husband, but still during that time we were able to succeed at all odds and think it’s time I share my story with you. I strongly believe that whatever circumstances we have in life there is always a silver lining and and opportunity to grow, evolve and achieve greatness.

Now allow me to elaborate a bit, so this all make sense to you!

Everything started on 2014, I had been working with a Coach so I could better my game and achieve some goals with my Network Marketing Business and at the time he suggested me to attend Tony Robbin’s Event: Unleash The Power Within (AKA UPW) And I inmediately I got two tickets, one for my husband and one for me. We were scheduled to go on March of 2016.

On November 2015 in a regular medical check up I was diagnosed with Hashimoto’s Disease… I couldn’t believe my ears, I was in complete shock, I was feeling completely ok and yet my Doctor was telling me “my body was killing me and it would win”, what a disheartening thing to say!

March came and we had to reschedule our UPW for June since my husband had to attend a project overseas…I had no idea but the most challening part had not come just yet. On May 12th we received some bad news, my mother in law had suffered a brain stroke. My husband who was on his way back home from Texas was devastated and he was only able to pick up a few stuff and leave the same night. After a few days I flew to Venezuela to support him. However, I arrived with massive inflammation in both arms, so bad, that I barely could manipulate knife and fork.  That forced me to go to the Doctor over there and run some tests.

And that’s when everything changed… the Doctor gave me a diagnosed of Polymyositis a disease so rare that only 1/100000 per year are diagnosed with it. He was the Ultimate Dream Stealer!  A few weeks passed and when I came back to my home in the States, I saw the Doctor again and I was tested again. The diagnosed changed to Viral Myositis…

And then the moment to go to UPW arrived, I honestly went because I had the tickets, and I had little to no idea, what to expect, I would not imagine how that event would change my life, how what I experienced there would give me hope,  and how despite all odds, 2015 was the year when I was able to achieve several goals in my network marketing business,  when my husband was also able to achieve some massive success with his business…

I truly hope my story inspire you, whether it does or not, I encourage you to check this blog post by my mentor Ray Higdon … I am so thankful that I learned from him that our story can be one of inspiration for others:  “What Is Your Excuse”

Are there other successful people who defied the odds?  Absolutely! Check this article: “Famous People Who Found Success Against All Odds”

Was this story helpful? If it was, I would greatly appreciate if you commented below and shared on Facebook.

With lots of appreciation, 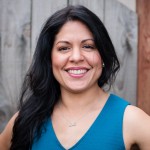 P.S:  If you want to attend the UPW Event I can probably hook you up 😉 so make sure you reach out to me! Also, if you wanna learn deets on what I’m doing to recover my health on a 100% feel free to connect with me, I’d be thrilled to share what is working for me 🙂

Myrlis has been an incredible friend and mentor. About a year ago I had the chance of meeting her through our business endeavors and we have been very close friends since then. Myrlis has helped me to increase my business and my career as an entrepreneur, to build confidence and to achieve some of my goals. I’ve grown so much since I decided to follow her path. Although we live miles and miles apart, she’s been always there for me. Her knowledge and leadership makes Myrlis an incredible person and I’m so lucky to have her as a mentor. One of the most inspiring Latinas I’ve ever met in my life, Myrlis has made a huge impact in the Latino community. I’m so glad I collaborate with people I can learn from.

Knowing Myrlis has been a blessing in my life professionally and personally. At the professional level I can count on her to answer any question I might have in my quest to become a better Network Marketer and Entrepreneur. She has the knowledge and experience I seek in a mentor. In reference of caring, I can count on her if I have the need to talk with someone on a personal level. She will listen to me if something is bothering me and I need a friend to talk to. Myrlis is the whole package.

Honest, patient, outside of the box thinker, forward momentum… These are just some of the ways that Myrlis coaches, inspires and moves me to action. Her coaching is grounded and sound because she is also in the grind herself working the business so all of her experience comes from real time continual experience of growth in herself. We are not even on the same team, but she still supports me in the growth of my character and business and that is real leadership! I am honored and grateful to have her with me on this business and personal journey.

I truly enjoy the genuine nature Myrlis brings to her relationships. It has been a pleasure to have this lil’ gem to not only be a great friend but also an amazing woman who inspires daily and whom is always looking to help others out. She is as wise as they come and is a great mentor to help guide the way.

As a new business owner I was looking for some guidance to include social media as part of my online marketing so I decided to have a coaching session with Myrlis.  It was so powerful and helpful!  She asked me questions that allowed me to see important aspects and things to consider before jumping into social media. The conversation we had helped me to organize my ideas and have a clearer vision of what I want to accomplish. She was very professional and friendly. I would highly recommend her coaching sessions.

Myrlis Conde’s teachings, coaching and friendship have been a blessing in my life. They have helped me grow to a new level. She does an excellent job on teaching how to overcome obstacles in life, how to set goals and increase sales, how to build a team, how to manage your time, and so many other topics that she has covered that has impacted my life. I am grateful to be a student of her mentorship. She has a big heart for helping others. She truly does want to see you succeed. I highly recommend Myrlis!